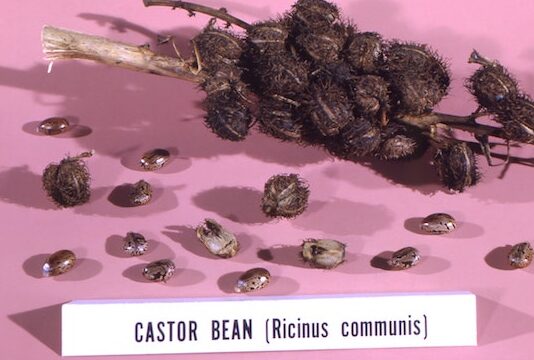 Topical castor oil has been shown to increase circulation and promote elimination and healing to tissues and organs. Below are the traditional directions for a castor oil pack, followed by Dr. Soni’s Shortcut directions to save you time in implementing this therapy

The castor oil plant is native to India, the mediterranean basin and eastern Africa. It’s latin name is Ricin Communis and the bean itself, composed of ricin protein, is poisonous. From the bean, a nonopolar oil is extracted. The best form of castor oil is cold pressed, organic and stored in a dark glass bottle. Castor oil is not poisonous because it does not contain the polar ricin protein.

Topical castor oil is particularly effective in being absorbed into lymphatic circulation, which can improve digestion, immune function, and reduce swelling in injured joints and extremities. It has also been specifically used in cases of menstrual irregularities, uterine fibroid cysts, and ovarian cysts.

**NOT SAFE DURING PREGNANCY
**Not safe when used overthe abdomen in gallbladder disease, and gall stones
** Do not use on open wounds
** Do not consume castor oil orally, it is a strong laxative
**The castor bean (pictured above) contains a deadly poison, named ricin. The oil is a non-polar substance in which there is no ricin

Adding heat is important to enhance permeability of the castor oil as well as take advantage of the parasympathetic nervous system benefits, deepening relaxation of the area.